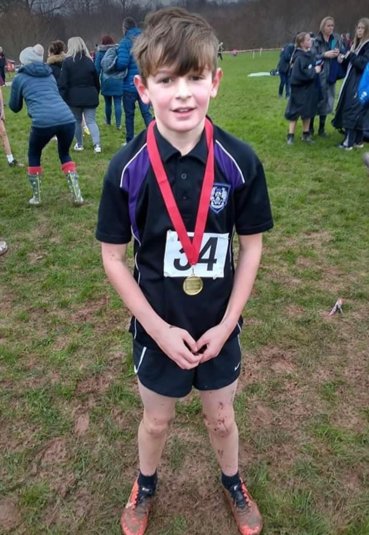 Stanley represented SMCC at the Devon Schools Cross-Country Championships in Exeter at the weekend and finished 1st in the Year 7 boys race. He will now represent Devon in the South West Schools Competition in Wiltshire on the 5th February.

Stanley trains with the North Devon Athletic Club and takes part in various cross country competitions over the Autumn/Winter season. He finished 3rd in the U13 boys race (he is a year younger than most competitors) at the Devon Cross-Country Championships in December and was selected to represent Devon at the South West Regional Championships on the 2nd January, where he finished 20th. He has also been selected as part of the Devon U13 boys team for the UK Inter-County Cross Country Championships in March, which will take place in Loughborough.